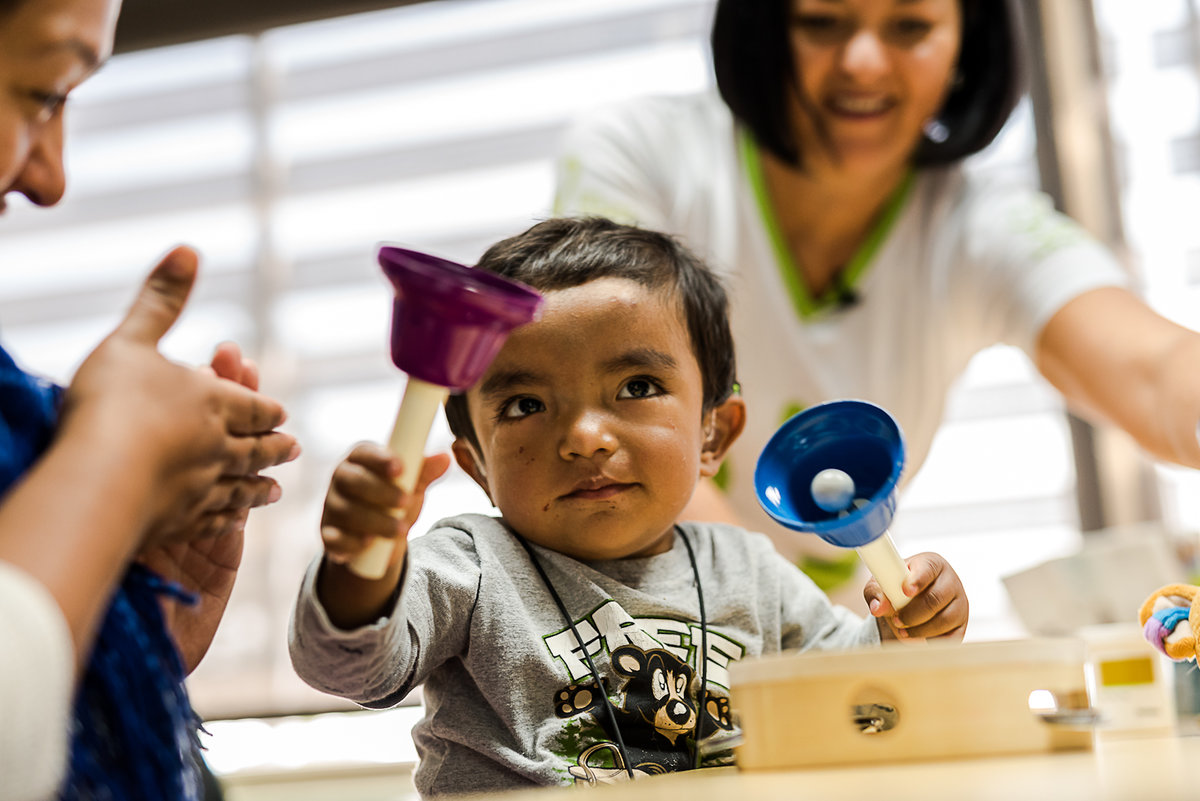 Sonrisas que Escuchan (SQE) is a non-profit organization established in 2009. It intervenes in the early detection, diagnosis, and treatment of hearing loss in children and adults of low-income households, thereby contributing to their social, school, and work inclusion. HTWF has been supporting the project, which is located in Guatemala City, since 2014. The organization has nine team members.

SQE works with the three major maternity hospitals to assess children as early as possible. They are the only entity in the country that offers screenings in public schools. The government of Guatemala does not offer neonatal or public-school hearing screenings. SQE closely collaborates with the ministry of health, aiming to introduce audiological care to the public health services.

Education and training of staff

SQE significantly increased newborn screenings by working with the three main maternity hospitals. They successfully engaged doctors and nurses who work directly with patients. They also stepped up their efforts to educate and support parents. This resulted in increased engagement of caregivers, who in turn become multipliers of awareness and information within their communities.

SQE also managed to reach an agreement with the Ministry of Public Health and Social Assistance to implement further activities in the realm of newborn screenings and strengthen the work of audiologists.